After my quick trip to El Paso, it was back to the farm to check on the freshly planted antique roses and meet a shipment of some lent lilies that an Oklahoman bulb farmer was divesting themselves of.  The shipment of bulbs is on the tailgate of my truck, and the rose you see is Marie Pavie, an 1888 introduction that can be purchased online from the Antique Rose Emporium here.   Blooming to the right is the old fashioned milk and wine lily, Crinum x herbertii. Some of the narcissus that this bulb farmer from Oklahoma dug can sit in our barn for the rest of the summer, but not so for the Lent lilies!  The trick with farming Lent lilies (Narcissus pseudonarcissus) is to get them in the ground as fast as possible! We planted them in a prepared row that week.

After this quick farming week, it was BACK TO HOUSTON again! I found time to sneak in and say hi to my sister-in-law who was working at Lulu Lemon (I think she was embarrassed I took her picture!)—Amy is the one who set Rebecca and I up on our blind date! First comes love, then comes marriage, then comes….well, you know how it goes—Rebecca and I are almost to that part. Amy and I were able to visit some and later that evening went to Fat Cat Creamery in the Heights that night for delicious ice cream.

I love visiting The Heights and exploring all of the new eateries and shops like Fat Cat Creamery, but I also love botanizing in the area every time I am down there! The Heights in Houston is in some ways considered the first neighborhood in the city and early written accounts from the 1920’s show people talking about the Johnson’s amaryllis (Hippeastrum x johnsonii) being seen in the gardens. The neighborhoods are still treasure troves of old plant material and worth a botanizing adventure if you’re in the area. 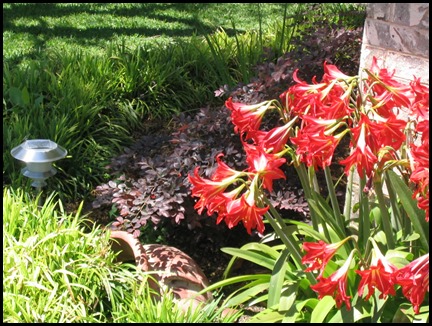 You can read more about The Heights here on Wikipedia:

By 1891 millionaire Oscar Martin Carter and a group of investors established the Omaha and South Texas Land Company. The company purchased 1,756 acres (7.11 km2) of land and established infrastructure, including alleys, parks, schools, streets and utilities, worth $500,000 United States dollars. When Houston Heights was founded, it was astreetcar suburb of Houston which attracted people who did not wish to live in the dense city. It had its own municipality until the City of Houston annexed the Heights in 1919.

Little did people realize back then that the plants they were sharing with each other would remain in that neighborhood to this very day!