If you have ever tried to dig a mature clump of Crinum, it truly feels as if no mortal man can uproot them!  It can actually be done and I encourage everyone to try…once.  After that, hop on over to www.southernbulbs.com and browse for some bulbs we’ve already dug. 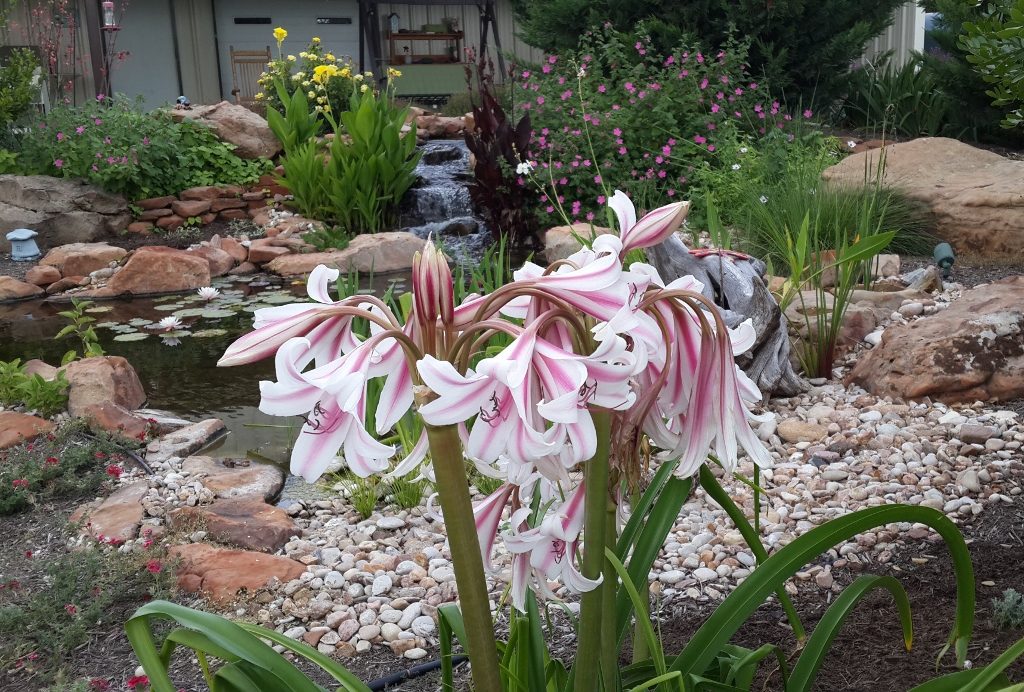 I’m writing now (month of May) to talk about one Crinum flower you will most likely see in any old neighborhood in warmer climates! The “Milk and Wine Lily” or Crinum x herbertii. 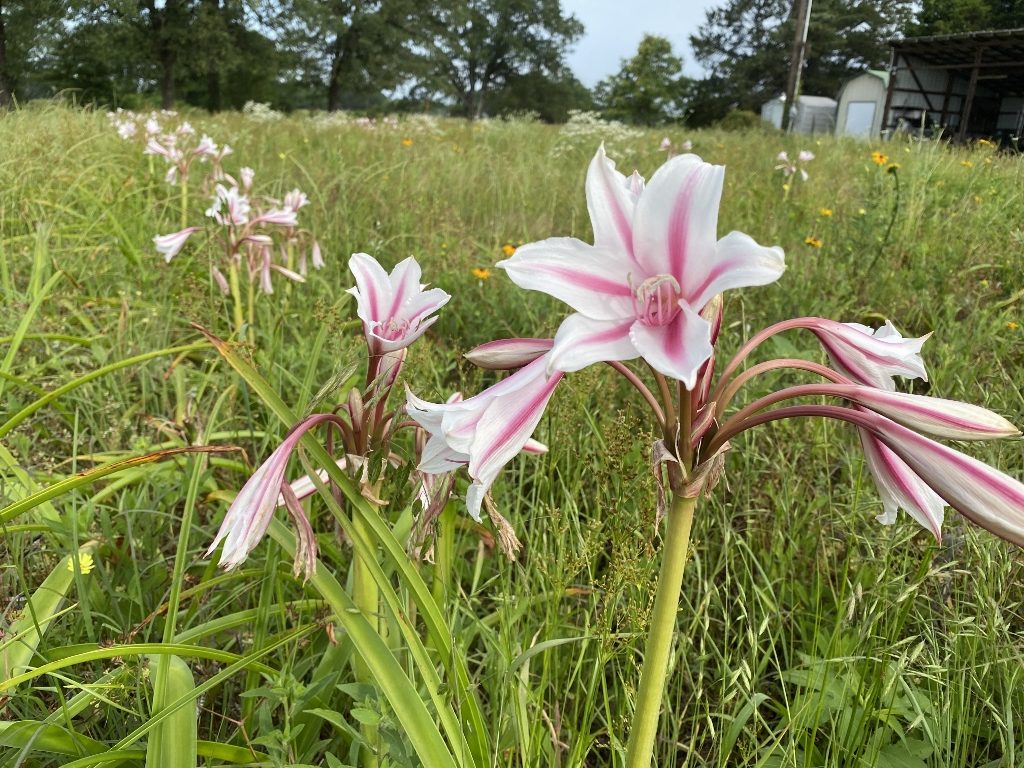 For reference, the full quote from Book III of The Odyssey is actually:
“As he spoke he pulled the herb out of the ground an showed me what it was like. The root was black, while the flower was as white as milk; the gods call it Moly, and mortal men cannot uproot it, but the gods can do whatever they like.” 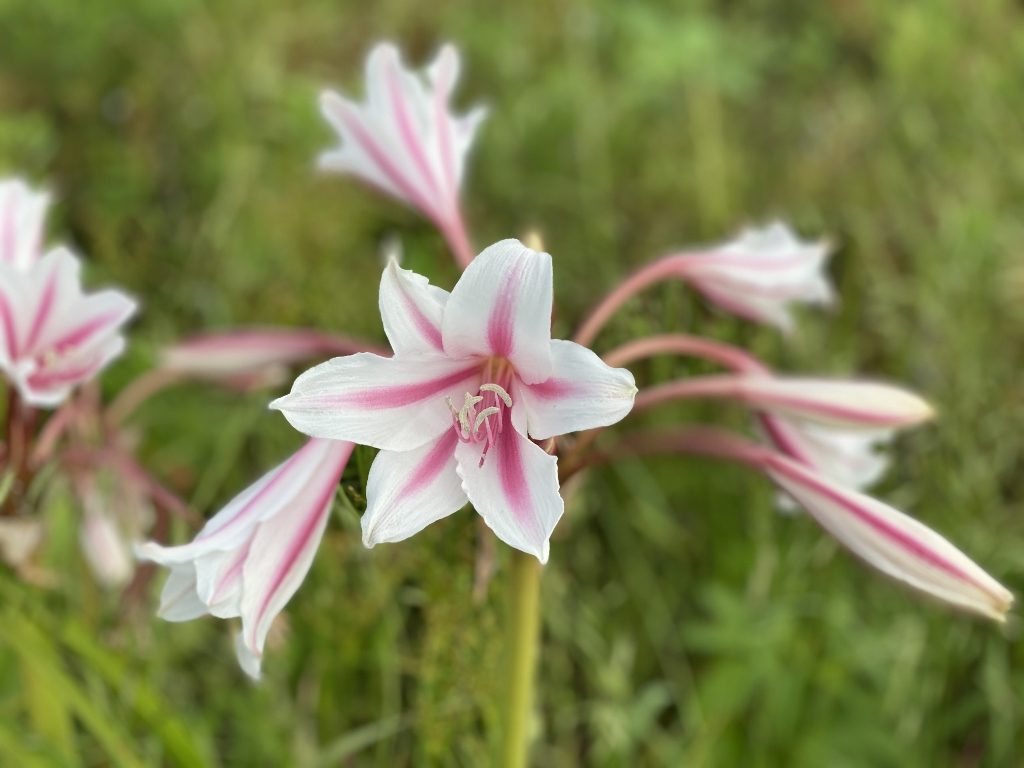 We’re starting to see lily shaped blooms appear all over Texas and the Southern US! They are crinum lilies, and they most commonly come in white, pink, purple, and striped!  The quintessential crinum is the Crinum x herbertii “Milk and Wine” lily.  It is aptly named because of the milky and wine colored stripes of the blooms. I have a short video about it below.  Plant it with companion plants like Salvia, Lantana, Plumbago, and other summer perennials to compliment the bold grass like foliage of the crinum. You may order bulbs here!