A Landscaping Project is Always More Work Than You Planned For

An Outline of the 5 Steps for a Garden Project: Remember, it will always take longer than expected.

This is a write up on our brick patio garden bed makeover from a high level and an outline of 5 steps that need to be considered when doing your own design. I don’t want to go into detail on all 5 steps right now, but I do want to use this as an opportunity to remind everyone that your future project will take longer than you expect. This isn’t necessarily bad, just plan for it. Here is the outline and how my project took longer than expected:

In this post, I’m skipping to # 3 “The Hidden Tasks” partly because this is the theme of this writing and it is therapy for me to talk about it. Yes, therapy because of all of the unforeseen items we had to deal with, but let’s back up a little. If you count the day that Jose and I set out to look at the different rental equipment, today would be day 10 of the Brick Patio Garden Bed Makeover. As always, it has taken more time, energy, and money than expected!

Why is this writing also therapy? This project was done in the days leading up to Thanksgiving and as seen below, not everything went as planned! There was a 2 day break in this process for hosting Thanksgiving at our house, during which it rained (and rained and rained), which leads us to the rain today. The rain was helpful because it showed us the low spots and flow of the water, but there was mud all over the place outside from our project. We had 8 children couped up inside for 2 days, and we instituted a “shoes off” policy that allowed “in-and-out” access for the times the rain stopped and everyone needed fresh air. Hosting wasn’t actually stressful but trying to wrap up a big project before a big event was, and of course there many hidden tasks that made this brick patio garden bed makeover take longer than expected.

I will mention the planned tasks in the section “Steps Involved in Garden Design” but the hidden tasks are more fun to talk about. Why? Because everyone can relate to them! Every day we all wake up and set out to do something, and some unforeseen interruption must be handled. So, let’s look at what happened over the last few days:

Hidden Task Number 1 – “What has been buried in this garden bed over the last 80 years?”

As mentioned in the first little blog post, our brick patio extended further than we realized, and we had a big surprise of brick and old school thick concrete. The jack hammer did a great job on the brick and concrete, but after we dug it out, about a foot down we discovered another layer of concrete! We used the excavator to continue to remove dirt, and this deeper concrete footing curved around the whole bed, supporting what were old retaining walls and other brick enclosed flower beds. As this concrete footing extended closer to where our old tree lived, we had hidden task number 2 appear.

Our beloved old oak tree lived on in the form of massive root masses that had grown around a newly discovered and very deep solid concrete footing. This old root mass was not close to being rotted and gone. It was solid. Individual roots were not distinguishable in this 2 foot high, 2 foot wide, 15 foot curved rectangular underground mass of roots. The 6,000 lbs excavator simply hit the root mass and stopped, not moving anything. The jackhammer was returned to the rental store at this point, but it was useless against this mixture of roots, dirt, brick, and concrete. 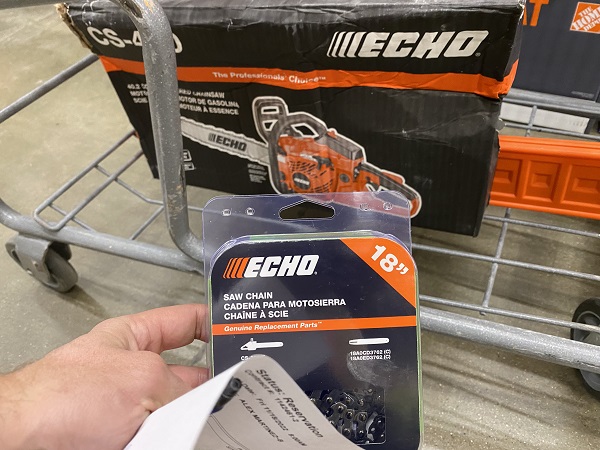 Something had to be done, and the answer was a chainsaw to cut the root mass into smaller chunks that the excavator could hopefully pop out. The only problem was that my other chainsaw had just broken, so this task now involved a trip to the store to buy a new one. There was so much dirt and debris mixed in with the roots, that Jose wisely said “Boss, if you’re going to do that, go ahead and buy two chains because you’re going to need them.” He was right, as each use of the chainsaw caused the current blade to get dull as molasses. But the few cuts were enough to start removing chunks of root mass, whose bottoms were flat as pancakes where they had simply grown over and around the concrete base. With a few chunks cut out and removed, the excavator was able to start popping out the rest of the root mass but not without difficulty and this led to another problem!

Hidden Task Number 3 – “Time for the brick mason to come out.”

In a way, an excavator is like an extension of yourself, and when something needs more power, you start to use more strength (in the form of engine power and hydraulics). When the bucket lifts up or moves with this extra power, it can move too quickly and out of control. This happened to me, and because I was working close to my brick retaining wall, I hit the wall and broke loose a layer of brick and mortar.

We already had other brick work that needed to be done, but now there was more – more time and more money. Furthermore, this was a loose layer of brick that is very often used by little children to walk upon. That layer is now off limits until I can get a mason to come help take care of it.

Hidden Task Number 4 “What else did I just break?

Water lines. Thankfully they are only sprinkler lines that we don’t need with this rain and cooler weather, but now we have more repairs that need to be made!

I broke a French drain as well, but I think I can repair it. To be continued…

Hidden Task Number 5 “I sure hope all of this works…”

All of the above tasks took all day Friday and the chainsaw action actually didn’t happen until Saturday morning. I went to the store late Friday night after dark to buy the chainsaw, put chainsaw oil in it that night, and added the 2-in-1 gas mixture and fired it up that same night so it would be ready to go the next morning. Why all of this preparation after a long day of work? I had a time deadline weighing on me.

The excavator was a one-day rental, along with a gas powered buggy with a large container that is typically used for concrete applications. It moves a bunch of concrete around, or in our case, was planned to move a bunch of soil around. However, very little dirt was moved around Friday as the root mass, brick, and concrete removal took most of Friday. All of my dirt moving was going to need to take place Saturday morning before they came to pick up the excavator.

I was able to move some of the bedding soil by positioning the excavator between the pile of bedding soil and the garden bed (by the way, as my horticulture professor Dr. Reed used to say – “Dirt is what is behind your fingernails. Soil is what is in your garden.” or something close to that.) However, to move most of the soil around, I was going to need to fill the buggy with the excavator and then motor the excavator over to where I needed to dump the soil.

The pull string on the buggy broke and I could no longer start the engine. The recoil on the engine was strong enough to hurt your arm, or in my case, break the cord. I was going to need to improvise, but the rental company was coming to pick up all of the equipment at any moment…thus, my last “hidden task” leads to a to be continued moment…

P.S. I really hope this is helpful as you plan your next garden makeover adventure!